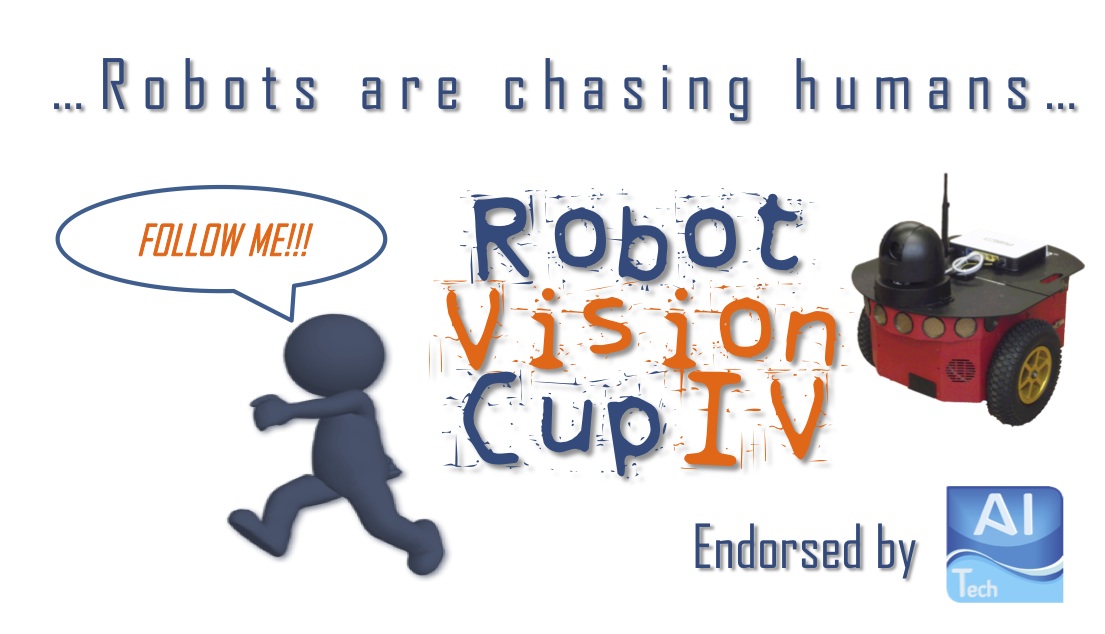 The course of Models and Systems for Artificial Vision is ending: the final examination for the students consist in a competition between humans and robots!

Mivia lab presents the 4th edition of the Robot Vision Cup. The contest will allow the students to pass the first part of the examination of the course of Models and Systems for Artificial Vision, a.a. 2013-2014, Master Degree in Computer Engineering of the University of Salerno, Proff. Mario Vento and Gennaro Percannella.

The Robot Vision Cup will be on Tuesday, July 31st, 2014, starting from 9:30 am, in the lobby CUES of the Engineering Faculty.

The aim of the competition is to implement, through methods of artificial vision, an intelligent agent whose task is to drive a robot in order to follow, in real time, a person walking in a pre-defined path.

This year the competition, promoted by the Mivia lab, will be supported by A.I. Tech, a spin off company of the University of Salerno, specialized in designing and developing audio and video analysis systems.

Four teams will attend the contest:

Alessia Saggese and Nicola Strisciuglio will operate as referees during the competition!

We will wait for you!

The rules of the competition can be downloaded here (Sorry, just in italian)!!